Legend has it that there were two rather well known female pirates – one by the name of Anne Bonney and the other named Mary Read. Since life wasn’t fair to women back in the 1600s, these women chose to dress in the same clothing style as men and sought the same adventure-filled life aboard a ship. 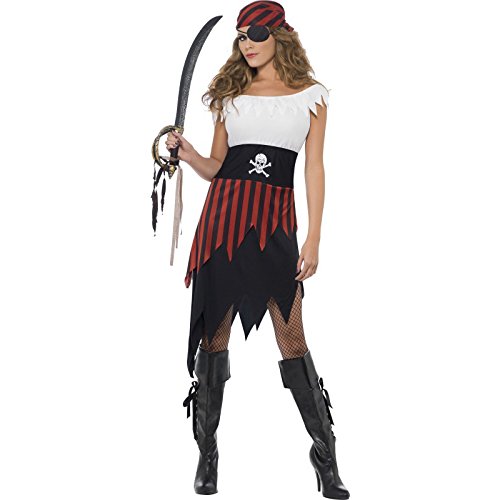 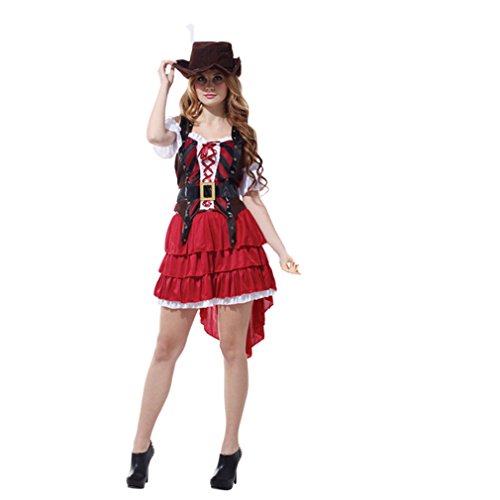 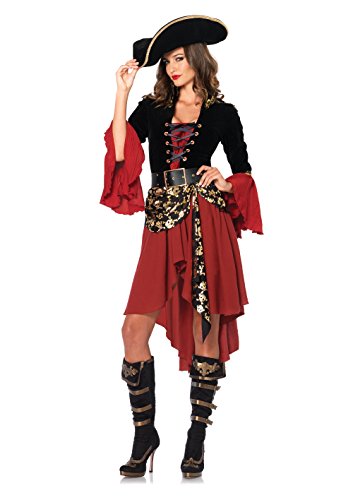 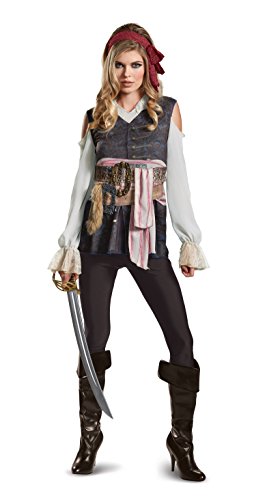 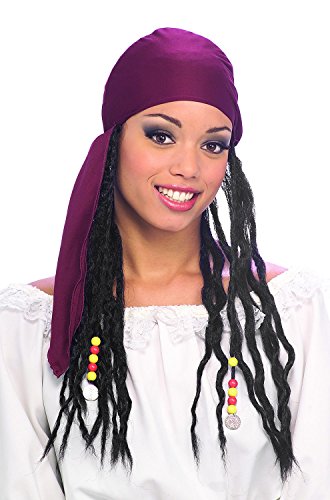 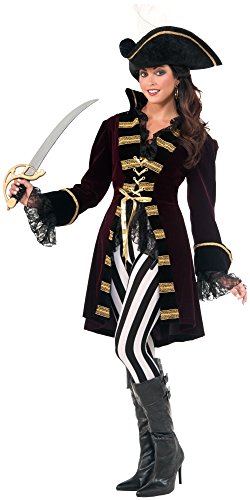 There, they fought and plundered to the best of their ability and became known for their tempers and fierceness during battles. Perhaps something in their blood called them to the life of piracy. Whatever the reason, you too, can find adventure in a women’s pirate Halloween costume.

Ho, ho, ho and a bottle of rum, it’s the Pirates of the Caribbean 3 Elizabeth Pirate Deluxe costume that’s first on the hot list. It could be because the costume features the comfortable gray pants, red vest coat and boot covers will let you comfortably sail and plunder to your heart’s content but there could be a second reason this costume is a top pick. It got the attention of the handsome Will Turner!

If you’re searching for something with a little spunk to a women’s pirate Halloween costume, try the women’s plus Sassy Victorian Pirate. There are no rules that say a pirate can’t enjoy a pretty outfit as she captains the ship. This costume is in the color of burnished gold and a matching yellow. It comes with a hat. Slip on some high-heeled black boots and you’ll be the talk of the seas.

Do you want a pirate costume that’s a little more frilly and feminine? You can have that with the Women’s 3-piece Treasure Hunt Pirate costume. This stunning ensemble is a peasant dress that’s made to lace up the front, and comes with snug fitting panties. The pirate hat with skull applique finishes off this pink and black outfit.

It’s not a secret that sailing toward the horizon and crossing the seas can be a rough and sometimes hazardous journey and that’s why you’ll want a costume that’ll hold up to the rigorous demands of ship or Halloween party. The Buckaneer Beauty costume is sturdy as well as attractive. The costume dress is colorful in shades of blue and red and tan and the striped sash adds that rakish touch.

Finding the right women’s pirate Halloween costume won’t be difficult and for one more offering on the horizon, try out the lace mini dress with the High Seas Pirate Costume. This lovely white dress is off the shoulders and comes with arm ribbons. But whatever costume you pick, you’ll have a swashbuckling good time celebrating Halloween.