This Popular DreamWorks Trolls Hug Time Poppy is a cute troll doll with crazy hair that stars in the popular Trolls movie. These Princess Poppy Troll toys and playsets would make the perfect gift for any child that loves the film “Trolls”. With the featured sets, kids can have more than one of the troll characters from the film to play with. 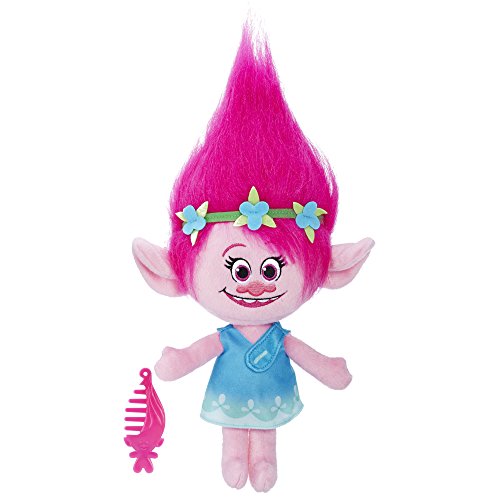 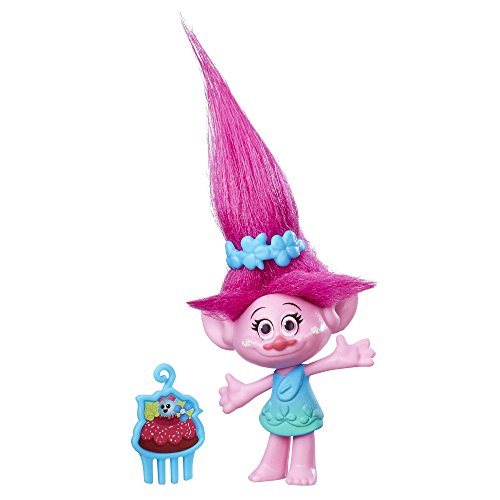 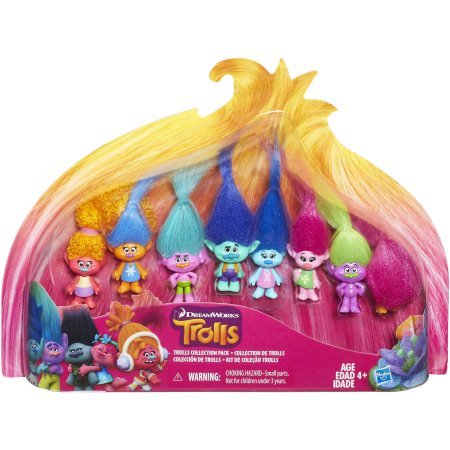 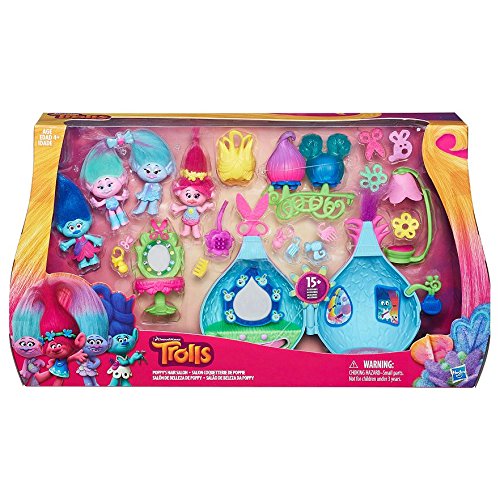 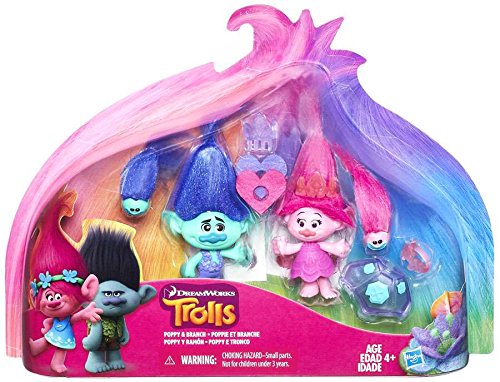 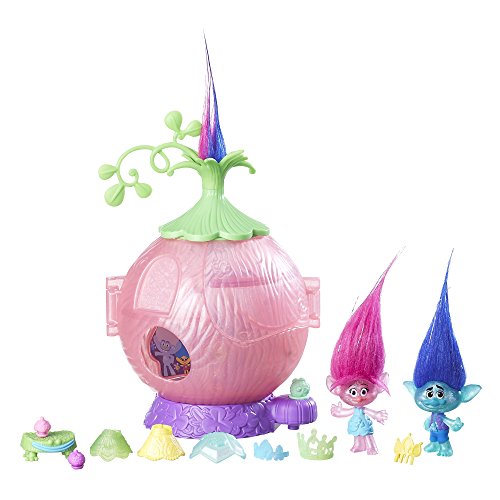 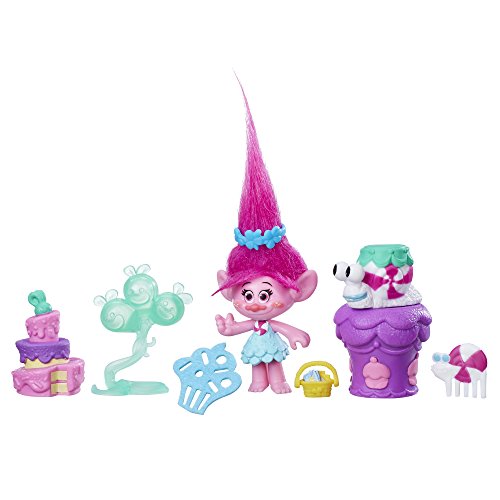 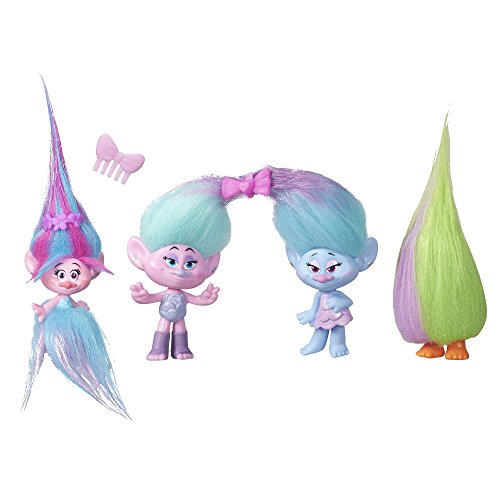 Trolls is a 3D animated musical comedy film which was released on November 4, 2016. The film has earned a good reaction with the critics and is a great favorite with the children that have watched it.

There is a super range of toy merchandise that tie in with the movie. The star of the movie is the loveable troll Princess Poppy who plays a positive role in the movie with a unique characterization.

The heroic character always lifts the people around her with a positive vibration of “You can do anything”. The optimistic little Poppy doll is in the shade of a light pink color with attractive eyes and crazy hair.

Poppy wears a colorful blue dress with green shades in it. Her hair is dressed with a cute green band with three blue color flowers in it. She always solves her problem with a dance, a song and a hug. Poppy and her nine friends believe that hugs make sad times less sad and happier times happier.

When the doll is activated, Poppy’s hair and the bracelet will light based upon the beat of the music. Pressing the tummy of the doll will make the doll to sing and dance. Poppy doll set includes fuzzy flair material, styling tool and wigs. Kids can create stylish hair styles for their Poppy doll.

Who Would Love Hug Time Poppy?

Recommended for kids of four years and over this will appeal to young children especially girls. Once kids have seen the movie they are likely to want this toy as a gift.

1. The doll has a soft and plush body
2. The crazy hair of the poppy dolls will be attractive to kids and they will love to dress the hair of their Poppy with different and stylish hairdos.
3. The jumbo size poppy dolls are lovely for big hugs.
4. The hug time bracelets will make this an interactive experience with the doll.
5. Hug time poppy entertains the kids with its song and dance.

Things we did not like about Hug time poppy

1. The size of the poppy doll is too large for some kids to handle.
2. The appearance of the doll might scare some kids.

Is the Doll Value for the Money?

If your child becomes a big fan of the film this will probably be one well spent if they haven’t seen the film or weren’t particularly impressed with it, there are plenty of other plush toys to choose from at a cheaper price.

The Poppy character is a good role model for young kids and the interactive bracelet feature makes it unique from other plush toys. If your child enjoys the movie they are likely to appreciate this doll as a gift.