There will be a lot of women and girls wearing Katniss Everdeen costumes this Halloween! In the Hunger Games, Katniss Everdeen is a heroine that knows how to use a bow and arrow to take care of herself and the people that she loves. You could even go out at Halloween as a sexy version of Katniss. 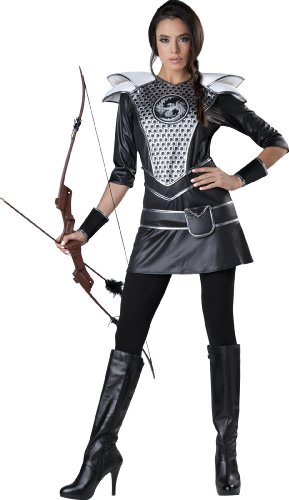 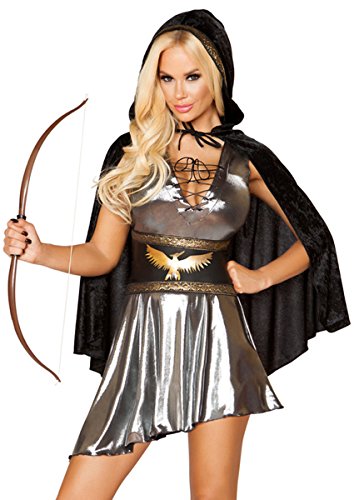 She knows how to survive great odds. Starting out as an underdog, she quickly rises to the top and becomes a fan favorite in the annual games that the Capitol forces the people from the Districts to compete in.

The book became a blockbuster movie and everyone from tweens to adults wanted to emulate the strength and character of Katniss. This Halloween is the perfect time to show what a fan you are of this plucky teenager who ends up fighting back and winning against the system that would rather destroy her.

One of the most notable things about the character of course, is her thick, luxurious hair – but you don’t have to have long hair to emulate the way this character wears hers. Since her trademark is to wear her long hair in a braid, you can buy wigs that have the long braid in the back like she does and yet allows some of the bangs to flow free and frame both sides of the face.

Since Katniss didn’t really wear makeup, but had flawless skin, you’ll want to use some makeup to make sure you take away any shine, but keep it as natural as possible. If you want to add even more authenticity, you can add some smears of dirt – like you just got back from competing in the games or just came home from being in the woods searching for food.

Katniss wore a dark hoodie before she went to the capital and had to wear the sizzling dress for her debut, and she also wore the hoodie during the actual games – so to be in character, you’d probably want to stick with a dark hoodie without any designs or logos. You can find a replica hoodie from the movie online.

Remember that you want to keep all of the colors of her clothes muted shades. So choose dark pants and a dark shirt. You’ll also want additional props, like the Mockingjay pendant – since that plays an important part in the story. You can add District 12 jewelry to show association with the character’s district.

For you feet, you’ll want to get the black lace up boots that look sort of like combat boots. Of course, you can’t forget one of the most notable accessories and that’s the bow and arrow set. You can find replicas of the set online.