Here are some great ideas for your favorite pet to dress up in during Halloween. Provided your dog enjoys being dressed up (some hate it!) a great time will be had by all the family including your pets.

Disney characaters are a great idea for Dog Halloween costumes. I love this Minney Mouse bow that is very easy to make at home. 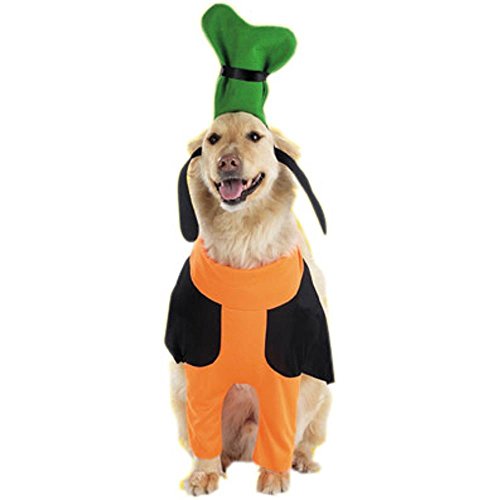 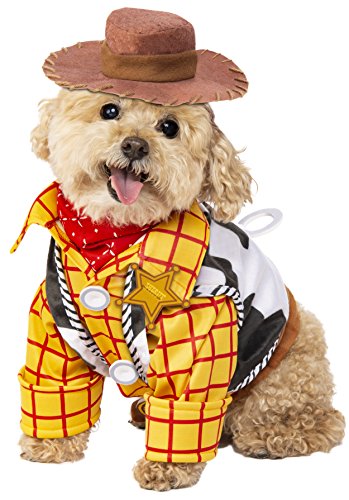 I just love this jockey with his pet Great Dane that has been made up into a horse. 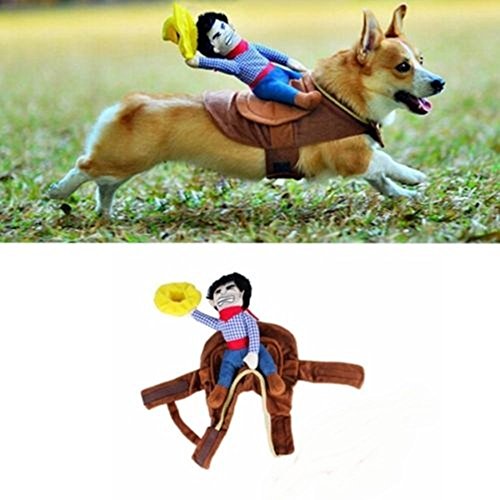 I love the kind of Halloween costume ideas that have a theme like the Butterfly outfits below that are worn by both the little girl and her dog. 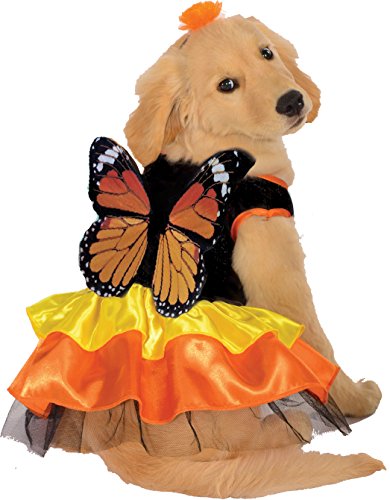 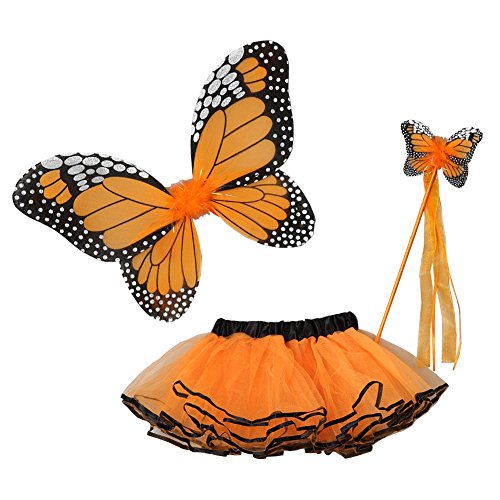 There’s no costume as cute or funny as your dog dressing up on Halloween like another animal. These costumes are so adorable, you’ll be taking plenty of pictures of your beloved pet.

Take the dinosaur costume for instance, You won’t find a cuter costume than this guy when you dress him up like he’s just stepped out of an Animal Planet special segment. The Raptor costumes are dinosaur costumes that have the long, extended tail and the body of the costume is realistically created to look like dinosaur skin. 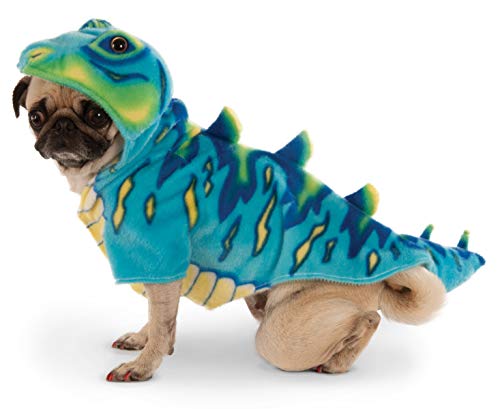 The roaring, open mouth of the Raptor is where the dog’s face shows out of the costume, and his front legs fit into the legs of the dinosaur. The costume has the tiny dinosaur arms that extend out from the front.

Not all of the dinosaur costumes are on the ferocious side. Some are very cuddly, like the dogzilla costumes. Get ready to take home the prize when he puts this one on. From the tip of the snug fitting head of the dinosaur to the tip of the tail, this snuggly green guy will certainly get a lot of laughs. The costume even has the realistic ridges on the back, along with matching spots on the material of the costume. 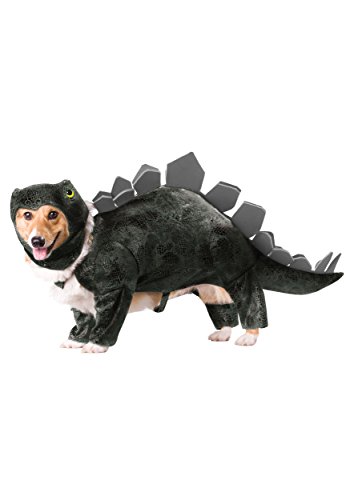 If you have a small dog, your pet is going to cause trick or treaters to do a double take when he steps out in the skunk costume. This one is so lifelike, at first glance, you’ll certainly think you’ve encountered a skunk. The costume is an easy on/off option with black material, enhanced by the wide white strip running along the back of it from the head to the tail. The headpiece also has cute skunk ears. 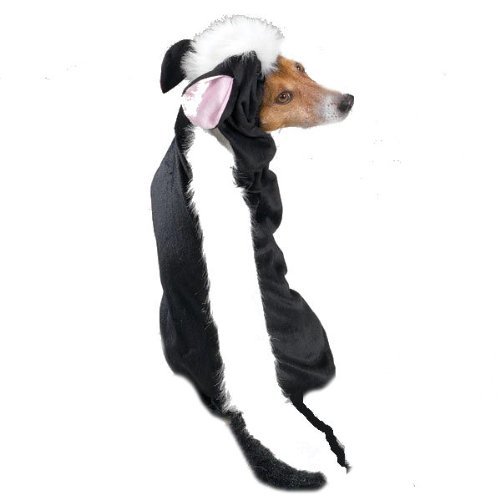 The pink pig costume for dogs is made of soft material that fits easily over your dog’s body and fastens below his body with pull on/off Velcro. The dog’s face pokes out of the pig’s mouth. If you have more than one dog, you could even create a theme using barnyard animal costumes, like pairing the pig with the perky chicken costume for example. 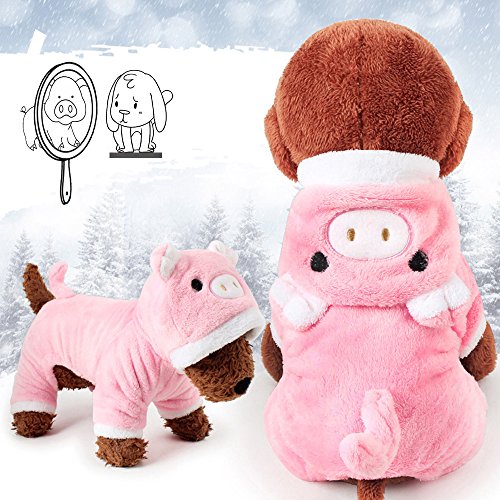 If you haven’t seen the elephant dog costume, you’re in for a real treat. This costume has a large elephant head with the long trunk that raises up above the dog’s head. It has large Dumbo-like ears and two small white tusks just below the elephant’s trunk. For keeping your pet safe on Halloween night, there’s also a small opening so that you can slip the leash on. 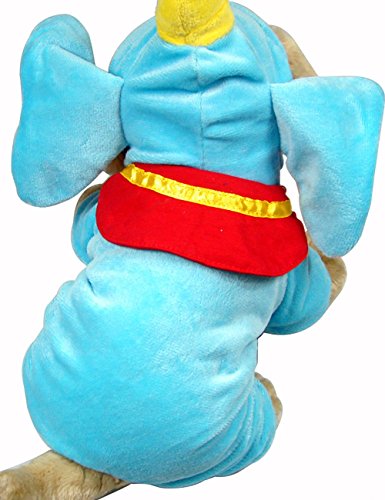 The lion costume for dogs is just too cute the way that the mane goes around the dog’s face. This costume has little lion ears and a fluffy lion tail and will make your pet dog king of Halloween. 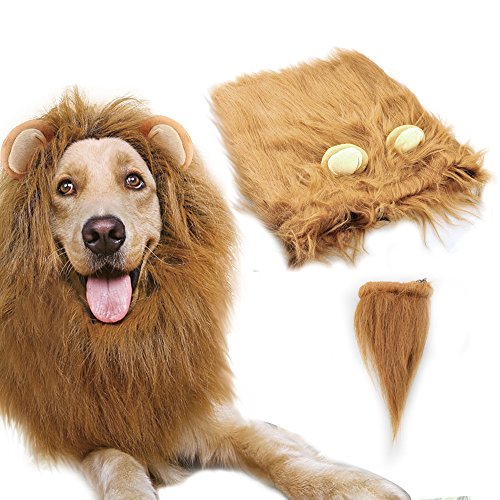