If you are familiar with Brittany Spears wonderful video that accompanied “Toxic” you might, like me, be tempted to find an outfit that is similar. I thought the first light blue outfit below would be suitable. I also just love the Zombie Stewardess Costume, Hilarious!

In the 60s, being a stewardess was thought to be the “it” career for a woman and there’s a good reason for that way of thinking. Stewardesses – or flight attendants as they’re sometimes called – had jobs that involved a lot of fun travel, taking care of both famous and ordinary passengers and the pay was pretty good for the time, too. 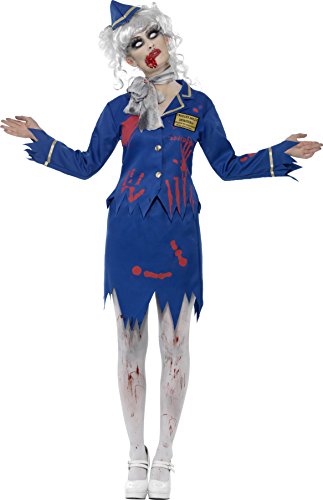 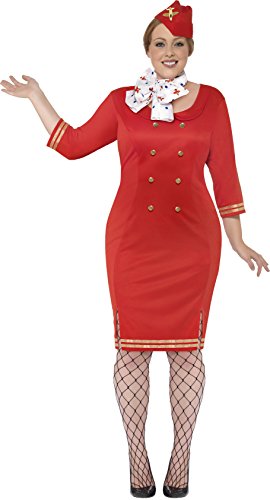 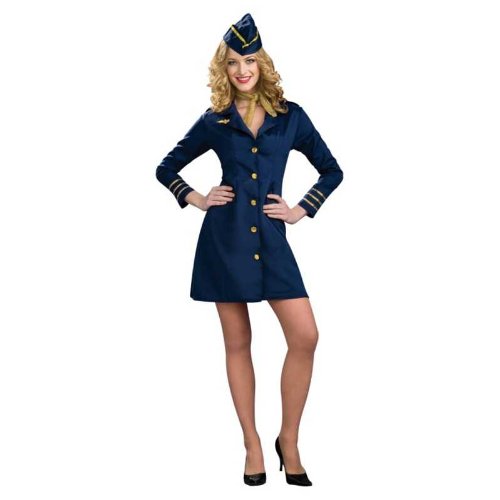 There were a lot of spotlights shined on the profession because the women were glamorous, pretty and fit. So that’s one major reason that stewardess costumes depicting this sexy career are extremely popular as dress up play and for Halloween parties.

The sultry costumes all have the shorter skirt or dress and are low cut in the front. They’re snug fitting, but comfortable to wear and come with matching hats to add the perfect finishing touch.

If you’re looking for something that’s a little more retro but is still a sexy costume, there are plenty of stewardess costumes that are made as replicas for the uniforms from the early 20s. Some of those weren’t as form fitting, but they had a flared type dress that was short and still sexy.

Most of the costumes that you’ll see for flight attendants tend to be a darker color and there’s really no reason other than it was just the way the uniforms were first designed. Later, the uniforms for stewardesses branched into all sorts of colors – including eye-catching pink and they went from dresses to skirts and tailored jackets and even to micro shorts and midriff tops!

Though they might be tougher to find in retail shops, you can still find costumes with plenty of vibrant colors – including the eye-catching pink at online stores. The great news about the stewardess costumes is that many of them come with the entire ensemble.

You’ll end up getting the hat, the belt or sash as well as the neck scarf and the hat. Though some of the hats are flat like a pilot’s hat, most of them are the envelope style hats that are quite flattering. You can add accessories like stockings or thigh high white boots or black high heels if you want to mimic the original style that flight attendants wore.

Of course, if you want to wear a more daring stewardess outfit, you’ll notice that some of the costumes have keyhole cutouts in the bodice and some have completely bare backs. So whatever your style, you won’t have any trouble finding just the right costume.

It’s important to remember that girls and women can be pilots and do the job just as well as a Man. Here are some ideas for pilot Halloween Costumes. You can choose from commercial pilots, air force pilots or and old fashioned pilots. 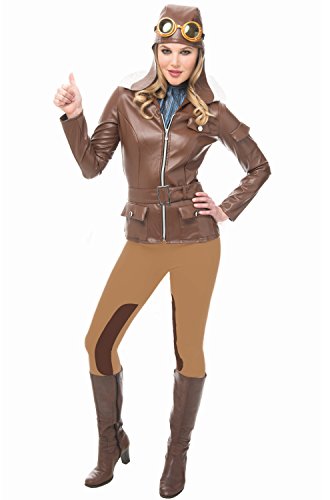 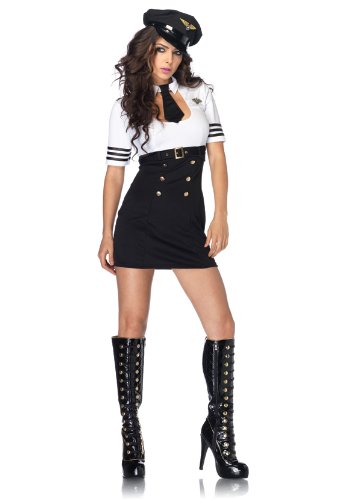 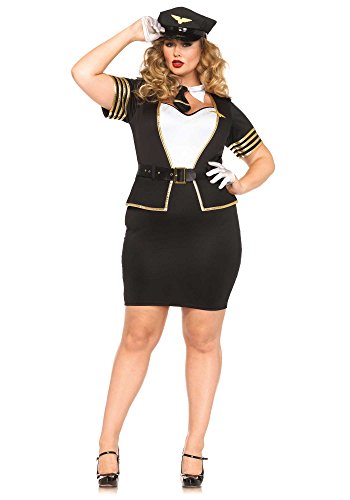 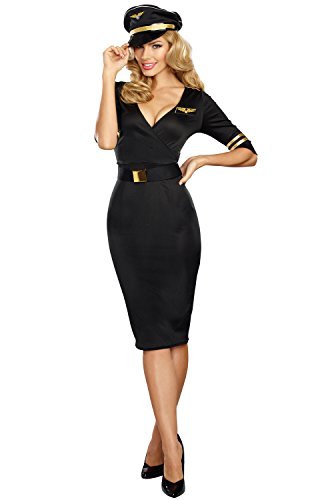 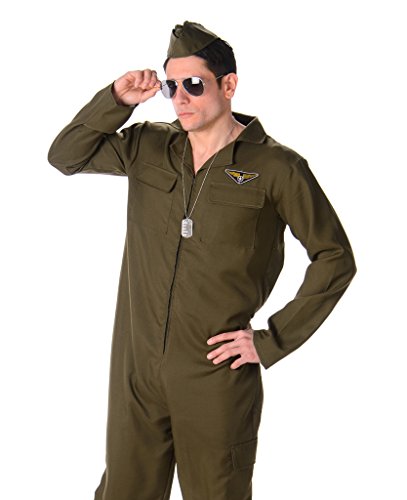 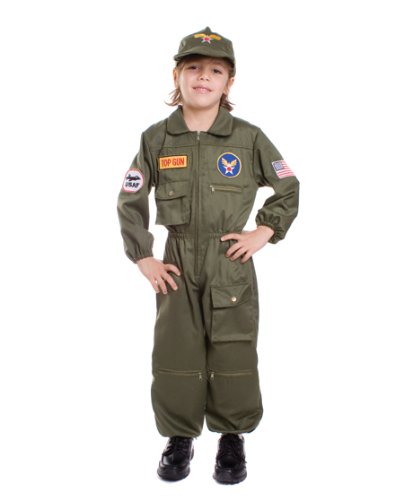 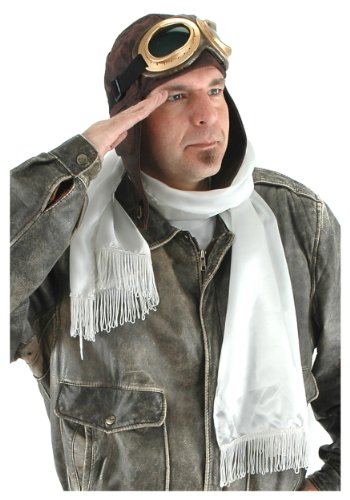 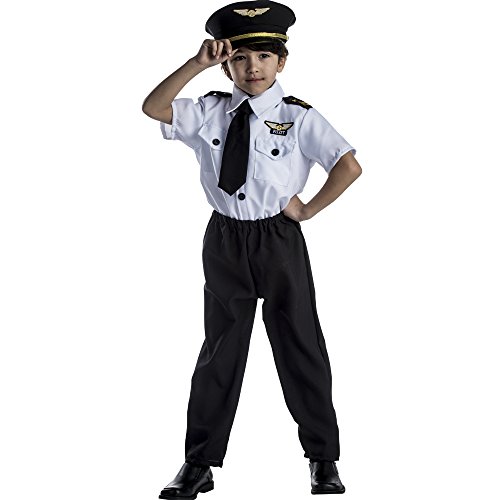 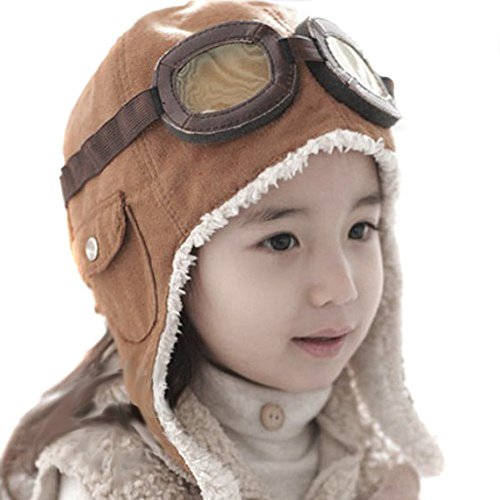 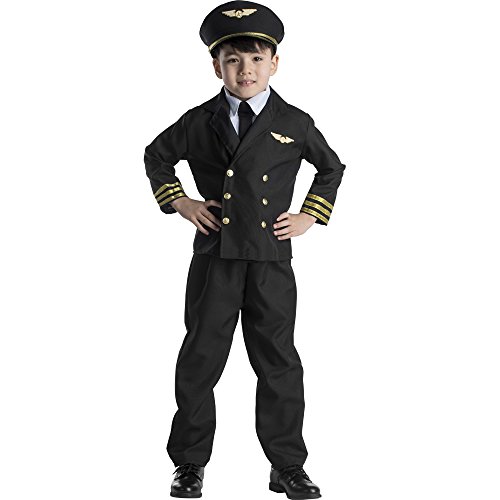